Download Kooberi App to start getting deals as your favorite TGI Fridays offers the deals and specials.

Now you don’t have to search for hundreds of coupons, offers, discounts and deals apps. With Kooberi, the deals come to you directly from TGI Fridays. One app does the job.

Get TGI Fridays coupon codes, promos, and specials to save money.  All deals and coupons are issued directly by TGI Fridays. All deals are valid only for few hours. 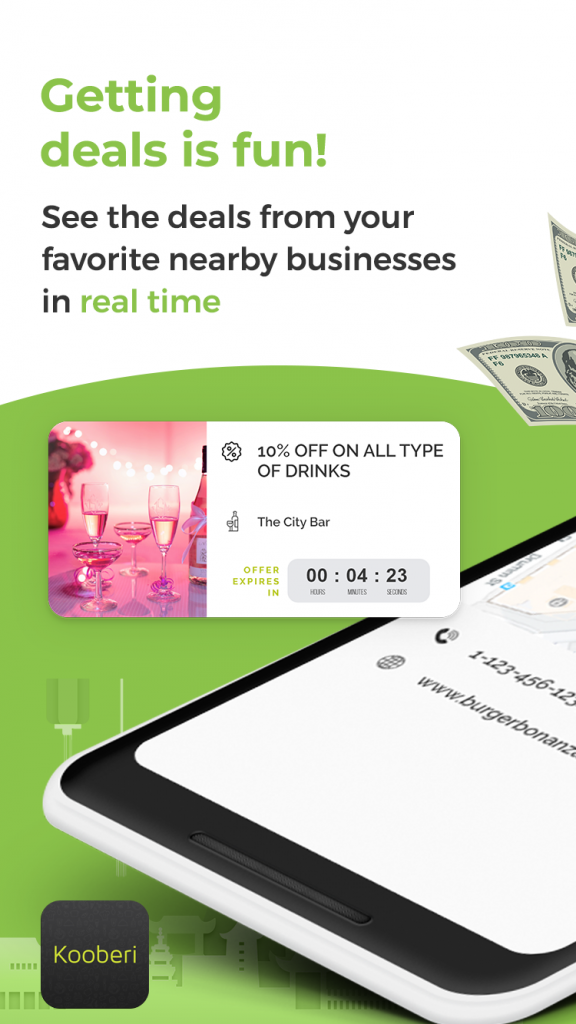